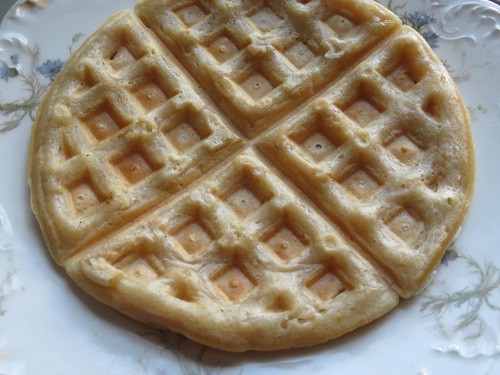 Disclaimer: This post contains affilitate links – I will earn a commission if you buy any item.

Aquafaba is a versatile ingredient in the vegan kitchen. If you are wondering how to make aquafaba I want to share a few tips with you. I also included some tips on how to store aquafaba as it is a good idea to have some stored for when you need it.

It is often used to replace egg in recipes and you can make wonderful things such as mayo, waffles and butter with it besides using it in baking recipes such as meringue, cookies and cakes. It makes them extra fluffy and light and is a great addition for the vegan chef. If you haven’t tried it yet go for it!

When you open up a can of chickpeas they are in a liquid that is called aquafaba. The term refers to the viscous water in which legume, such as chickpeas, have been cooked or stored in.

It is very similarly used as egg whites in cooking so opens up a world of recipes to people who can’t have or avoid eggs for a variety of reasons. It grew in popularity recently as aquafaba, similarly to beaten eggs, forms stiff peaks and makes a great replacement for making meringues for vegans.

How To Make Aquafaba

I like using dried chickpeas in my cooking and often get them from our local Zero Waste store. I used to make my chickpea curry in the slow cooker but switched back to making it in a normal pot on my stove. I soak the chickpeas overnight and then change the water for cooking. With the new water, I cook the chickpeas for about one hour. All foam that rises to the top during the cooking process has to carefully be skimmed off.

Once the chickpeas are cooked, use a colander over another post to save the water the chickpeas have been cooked in. Leave to stand to cool down. You will notice how it thickens up.

Use the chickpeas as you normally would in your recipe.

How To Store Aquafaba

The last time I made aquafaba this way I had a lot of it. I made some vegan butter with it and we had breakfast waffles the next day which used aquafaba. But we still had plenty. You can store it in the fridge for a few days but since I knew I would not be baking during the week I needed to store it longer term.

So I found some ice cube trays and filled them up with the aquafaba. That has the advantage that you can defrost them individually as your recipe requires.

Once they were frozen I transfered them to a container so it is easier to store them and I could make another batch of frozen aquafaba cubes for all my baking over the next few months.

Have you tried how to make aquafaba in the past? What were the best recipes you used it in? Feel free to share some ideas in the comments. I’d love to try new recipes. I have lots of frozen aquafaba at the moment so happy to explore new ideas and recipes. If you have any other questions pop them in the comments section as well!

If you enjoyed the recipe and want to find more head over to my recipe section and join my Facebook Group which focuses on homemade vegan recipes that are affordable and healthy.

Searching is in progress

This website uses cookies to improve your experience while you navigate through the website. Out of these cookies, the cookies that are categorized as necessary are stored on your browser as they are essential for the working of basic functionalities of the website. We also use third-party cookies that help us analyze and understand how you use this website. These cookies will be stored in your browser only with your consent. You also have the option to opt-out of these cookies. But opting out of some of these cookies may have an effect on your browsing experience.
Necessary Always Enabled
Necessary cookies are absolutely essential for the website to function properly. This category only includes cookies that ensures basic functionalities and security features of the website. These cookies do not store any personal information.
Non-necessary
Any cookies that may not be particularly necessary for the website to function and is used specifically to collect user personal data via analytics, ads, other embedded contents are termed as non-necessary cookies. It is mandatory to procure user consent prior to running these cookies on your website.
SAVE & ACCEPT